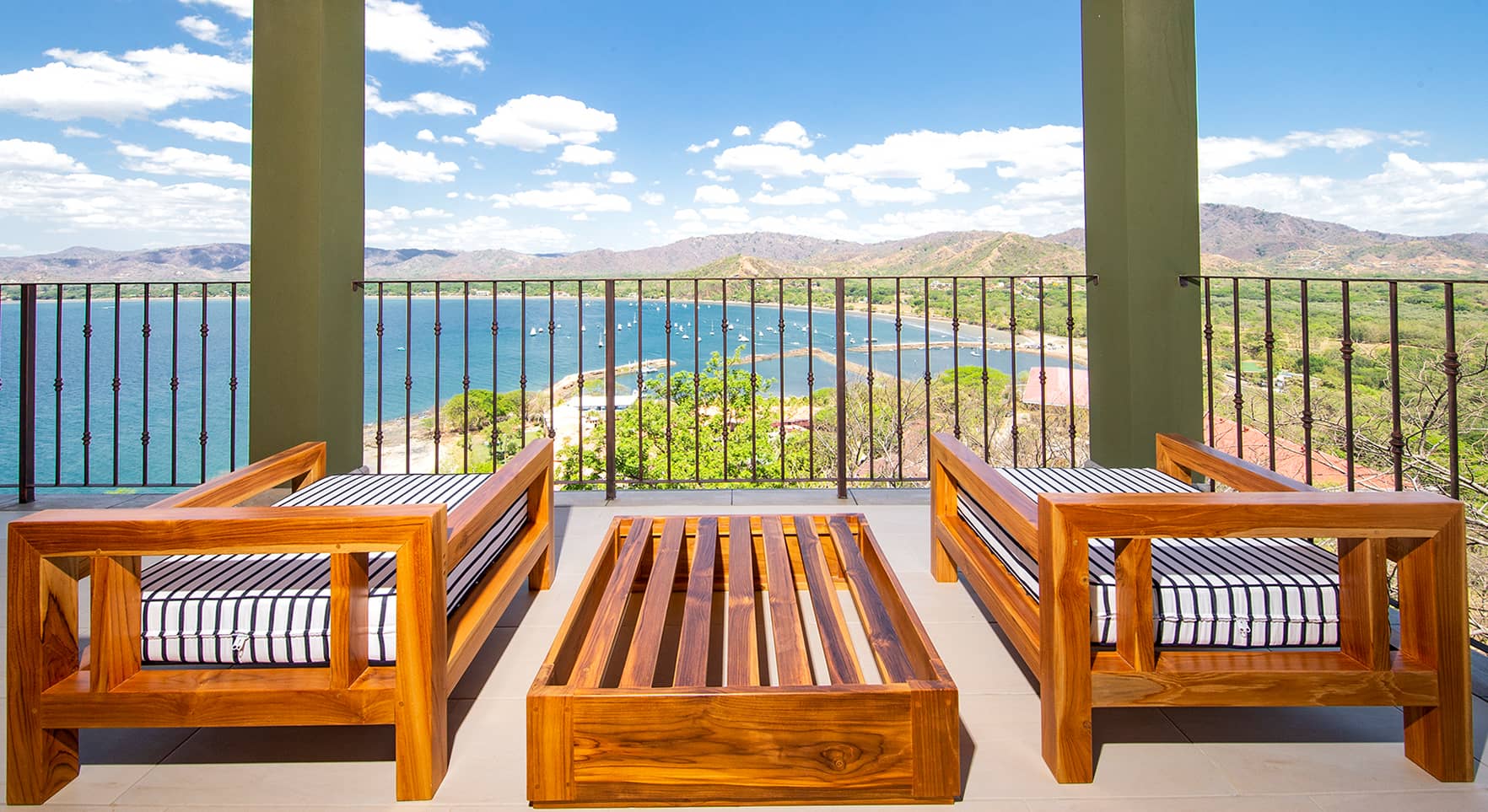 “Familiarizing yourself with the following information will help ensure that your vacation to Costa Rica is nothing short of spectacular.“

Northern Guanacaste has the shortest rainy season in the country and essentially enjoys two seasons — both colorful. If you visit between May and October, you will be immersed in a dense green jungle with temperatures between 79 and 89 degrees Fahrenheit. Or if you visit between November and April, you will experience warm golden tones and a dry comfortable heat between 89 and 96 degrees Fahrenheit. Beautiful and aromatic flowers are a true sight to see during February and March.

We recommended flying into the Daniel Oduber Quirós International Airport in Liberia (LIR) for the easiest commute (less than 1 hour). If you are flying domestic, there is also the Tamarindo Airport which is approximately 40 minutes from Playa Flamingo.

Visitors from all countries will be issued a 90-day visa upon arrival but you must have proof of an exit ticket. Passports must be valid for at least six months after the day of entry.

The local currency is the Costa Rican Colón (CRC) and while exchange rates vary from time to time, visitors can estimate roughly 500-650 colones to USD$1. Colones and US dollars are used interchangeably throughout Costa Rica but it is advised to pay with a credit card or in the currency listed to ensure accurate conversion.

VISA and MasterCard are the most widely accepted credit cards in Costa Rica. AMEX is also accepted but primarily at major retailers, hotels and grocery stores. It is recommended that you bring a credit card that does not charge foreign transaction fees.

The official language of Costa Rica is Spanish but English is widely spoken and understood.

How do you get to Playa Flamingo?

You have a few options for getting to Playa Flamingo. The closest international airport is in Liberia (LIR), which is about an hour away. From there you will need to take a shuttle or arrange a rental car to get beachside. Should you choose to fly into San Jose (SJO), you can take a domestic flight, private shuttle, or other means of ground transportation to get here.

When is the best time to visit Playa Flamingo Costa Rica?

The short answer is there is never a bad time to visit Playa Flamingo, but if you have your heart set on certain activities, you might want to plan your trip accordingly. If your goal is to escape the winter blues, you’ll love the clear, cloudless skies we have from November until April. Alternatively, we have green season, which lasts from May through October. In addition to lush vegetation and afternoon showers, deep sea fishermen will want to visit during this time when the Papagayo winds aren’t blowing.

What is there to do in Playa Flamingo?

Playa Flamingo is a beautiful destination known for its’ beautiful white sand beach, varied dining options and world-renowned deep sea fishing. Visit our Tours & Activities page to learn more about the available excursions and check-out our Local Events calendar to discover fun and exciting community events! If you are looking for surfing, action and more varied nightlife, we suggest you make a trip to the legendary surf town of Tamarindo, just 20 minutes away. We recommend you take some time to explore the plethora of unique and beautiful beaches surrounding 360!

The short answer is yes but you should always exercise caution, especially when you are in an unfamiliar place. The biggest security issue in Costa Rica is petty theft so it is important that you take care of your belongings. Thieves are on the lookout for unattended bags, phones, laptops, cameras, jewelry, cash and other things of value. Always lock up when you leave and keep important items in the condo; never leave valuable items unattended in the car or on the beach. We highly recommend traveling with a color copy of your passport anytime you are abroad!

What types of stores and amenities are available nearby?

Playa Flamingo is a small beach community on the Pacific coast of Costa Rica. In the town center, you will find a souvenir shop with clothing and swimwear, grocery store, pharmacy, tour kiosk, gelato stand and a variety of real estate offices. There is also an Economy Rent-A-Car, EcoTrans shuttle service and a variety of cuisine options.

Where is the nearest grocery store?

Super Massai is located right outside of Playa Flamingo on the road to Brasilito and has just about everything you need to stock the fridge and shelves at your rental home. The prices are fair, the produce is fresh, and there’s plenty of variety. You can find everything from Greek yogurt to wasabi sesame seeds and bacon wrapped filets at Super Massai.

Is there an ATM available nearby?

Yes, there are two ATMs available nearby. You can request US dollars or colones but we recommend that you withdraw a mix of each. Visa and MasterCard are also widely accepted.

Where is the closest medical clinic to Playa Flamingo? Hospital?

Beachside Clinic is a 24-hour wellness clinic located just 15 minutes away from Playa Flamingo. They provide dental care, lab work, ambulance services and house calls up to 360. There is also a pharmacy in the Flamingo Plaza that has an in-house doctor and a professionally trained staff. In the event of a medical emergency, CIMA hospital is located outside Liberia, about 45 minutes away. This private medical facility is equipped with the top-tier medical technologies and can perform a variety of procedures.

Although local health care providers do not take US insurance, we encourage you to hold on to all your bills and receipts, then contact your insurance provider to see if you are able to file a claim. Moreover, health related services are a fraction of what you would pay in the US.

Are there pharmacies in and around Playa Flamingo?

Yes, we do have several pharmacies in the area.

Can I drink the water in Costa Rica?

Most people are fine drinking the tap water here. However, if you have stomach sensitivity issues, you may want to stick with drinking bottled water.

Should I rent a car?

A car is not necessary but if you are interested in exploring the neighboring communities of Potrero and Brasilito, we do suggest you rent a car of golf cart for a few days during your stay. There is plenty to see and experience in the surrounding area!

Do I need a special license to rent a car in Costa Rica?

No, but you do need to present a valid license along with your passport when you rent a car in Costa Rica.

Do I have to carry my passport everywhere I go?

No. In fact, we encourage all our guests to keep their passports in a safe place at the rental property and carry a color copy with them. Make sure everyone in your group has a copy of their passport.

Will my electronics plug into the outlet or do I need a converter?

Costa Rica uses the same 110 volt / 60 cycle electricity—so it’s identical to the US. Feel free to bring hair dryers, lap top plugs and whatever else you need during your vacation.

Will my cell phone work in Costa Rica?

Before traveling to Costa Rica, contact your cell phone provider to inquire about international rates. If you do not setup an international plan, WhatsApp is a communication app that is widely used in Costa Rica. It allows you to make calls and send messages when you are connected to the internet. Additionally, if you rent a vehicle through Adobe, they have phones available for a nominal fee.

Which animals are safe to touch or pet?

Please respect the local wildlife in Playa Flamingo. Feel free to take photos but don’t get close enough to pet, touch or otherwise irritate the animals.

In order to complete you reservation, you will need to put down a 50% deposit to secure the rental. The remaining 50% is due 30 days prior to arrival. We accept MasterCard, Visa, American Express and Discover as well as wire transfers or direct deposits from Costa Rican bank accounts. There is no upfront deposit required to reserve a rental car, private transportation and tours. The full amount will be paid at the time the service commences.

Should something come up and you are unable to make it to Playa Flamingo, we require a full 60-day notice to issue a refund. Clients are wholly responsible for any fees associated with the transaction(s). If you’d like to put your vacation on hold, we are happy to work with you and issue a credit at the rate you paid. You will have one year to redeem this credit.

How do I book a tour?

To book a tour, send us an email or fill out the form on our Concierge Services page 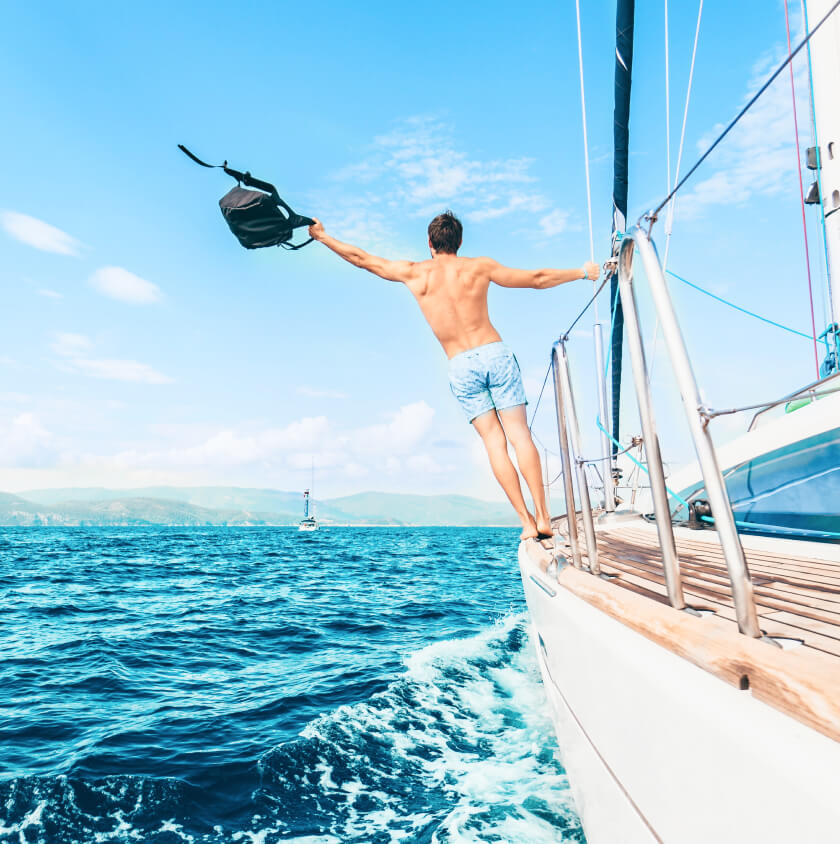 Subscribe to our newsletter and stay updated on the latest developments and special offers!

Thanks! for joining the Hotel Newsletter
Oops! Something went wrong while submitting the form.
Subscribe and get 10% OFF on your first night.